Get to Know Femcasters, hosted by Corinna Bellizzi & Julie Lokun 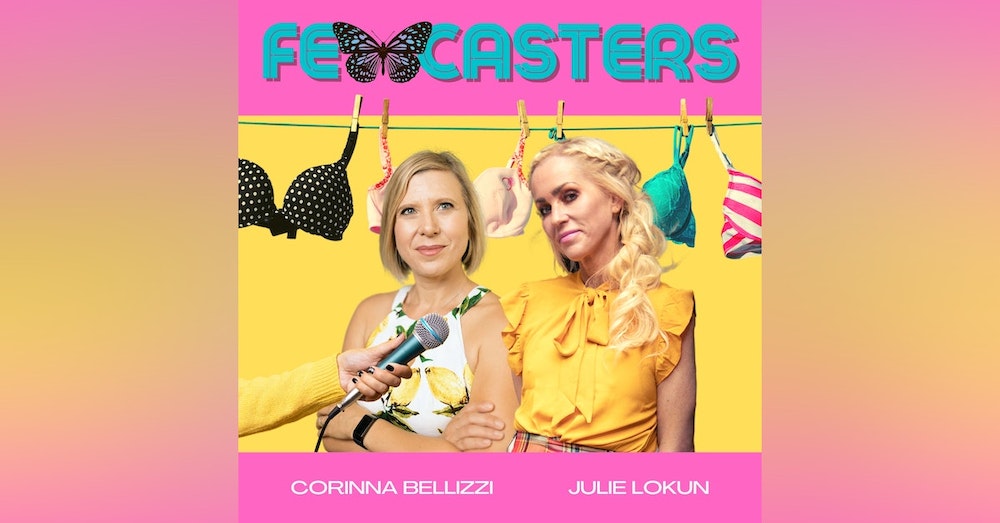 The Femcasters Podcast is the intersection where feminine wiles and ferocious female voices collide. Every episode you will learn from the experiences of all kinds of women, in their own words-to make this world more diverse for everyone! We aim to...

Social Impact
The Femcasters Podcast is the intersection where feminine wiles and ferocious female voices collide. Every episode you will learn from the experiences of all kinds of women, in their own words-to make this world more diverse for everyone! We aim to elevate the voices of other femcasters, uniting silence breakers girl-wide.

Hosted by two fierce females — Corinna Bellizzi and Julie Lokun — who are trying to share what matters most with listeners around them.

Join Our Community of Femcasters!

Join The Femcaster Community FREE for a limited time in honor of our launch ( https://femcasters.mn.co )

Statistics Shared In the Intro on Care More Be Better:
https://iwl.nichols.edu/facts-stats/

I’ve got a surprise for you today. You may have noticed that I’ve got just a little passion for the underdog, for raising the voices of others who are doing great work, lifting them up and helping them shine as I tell their stories.

And as a woman, a professional, and a podcaster I have to say I’m disappointed by the fact that so few female voices get as much air time as they deserve. Globally, women hold just 24% of senior leadership positions, and in the US? Only 21%. This is especially surprising when you compare our stats to China where women hold 51% of senior leadership positions, or in Norway where 51% of CEOs are women.

It’s time we catch up…

And did you know that in a study of nearly 22,000 publicly traded organizations world-wide, 60% were found to have no female board members at all? This remains true even when women-owned new businesses grow one-and-a-half times more quickly than the average.

So, in honor of women everywhere, I’m launching a podcast show and network with the amazing Julie Lokun. It’s called FEMCASTERS. With FEMCASTERS, we unite and support women in broadcasting, podcasting, media and beyond. I hope you enjoy our trailer episode. It’s 3 minutes long, and sets the tone and the stage for the hope and promise that Jules and I will bring to every episode as we help our sister silence breakers on their collective missions to break that glass ceiling and explore new heights.

Welcome to Femcasters- This is a podcast where feminine wiles and ferocious female voices collide. I'm Corinna Belizzi and I’m obsessed with women taking to the airwaves, changing the world by entertaining and empowering.

And I am Julie Lokun, Corinna's sidekick, and most importantly a vigilante for doing it girl style. In every episode we hope to enlighten our sister broadcasters to care more and be better at their craft.

That's right Jules, in every episode we curate the voices of top female broadcasters so we can learn from their challenges and their triumphs. You will hear from podcasters, broadcasters, and media darlings - women that have hit the ground running and never looked back.

Corinna and I have been there and done that and what we have learned is that, going it alone is not an option. That is why we created FEMCASTERS

Femcasters was born from the idea that we can change the world one broadcast at a time. We have been witness to the struggles of women who have a dream, yet don't always have the community they need to succeed.

So where do we start? Where do we begin? Corinna- we both know the struggle of getting our voice heard -

And sometimes doubting that voice, wondering if you're even on the right track -- if the world is listening or if you're just staring at your own belly button. navel-gazing. That moment, frankly, stinks. AND it's avoidable!

That's why we're here. To help you so you don't hit those speed bumps and road blocks. By listening to the stories of other FEMCASTERS like you, ladies that have lived through that moment, and pushed through you will gain the knowledge and inspiration you need to succeed.

That's right Jules -- we are uniting people on a mission, whether you want to be a TedXer -- a reigning queen of sportscasting -- or simply a mom who wants their kids to listen -- we will help you get there.

My name is Jules and I’m a Femcaster because I’m a legal advocate, podcaster, author, and mom to 4 boys who’s obsessed with leading my sister silence breakers to victory.

I’m Corinna and I’m a Femcaster because I’m an executive, a podcaster who seeks to change the world, and a mom of 2 boys who loves to learn and who might be a recovering perfectionist.

Together we’ll give you the tools you need to elevate your voice, curate your brand, and start saying yes to the universe.

After all Jules, we are all in this together.

So, embrace your female,

and so are you. 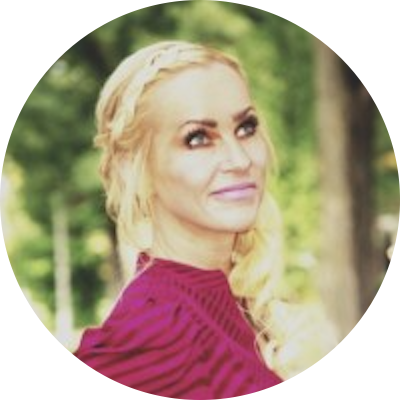 Julie Lokun is an inspirational leader and team-builder who offers services as a career and relationship coach. She has received national recognition as a keynote speaker, publishes best-selling books, and she's even a lawyer. She is also a fellow podcaster who co-hosts Obsessed With Humans On The Verge of Change.